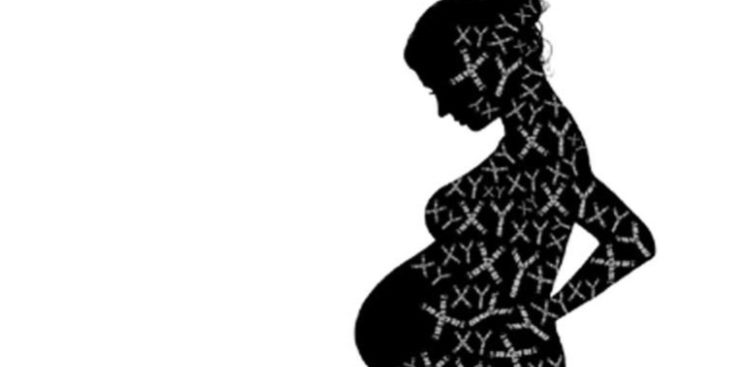 Since such fertility treatment became legal in 2002, Ukraine has become an increasingly popular destination for foreign couples desperate to find a surrogate mother. Demand surged dramatically after India, Thailand and Nepal outlawed commercial surrogacy recently. Although no official statistics is published, it is estimated that up to 2000-2500 surrogacy contracts are signed in Ukraine yearly, tendency rising.

What makes surrogacy in this country in the eyes of the childless foreigners so attractive is its comparative affordability (prices ranging from € 30.000 to € 50.000, compared to $ 80.000 – $ 120.000 in the USA), paired with fairly high services quality and lenient legislation.

It means that homosexual couples, unmarried couples and singles are not legally eligible to become parents through surrogacy programs in Ukraine. Apart from these, no restrictions on the part of the intended parents apply.

As to the surrogate, she must be full of age (18 years and more, in practice up to 35 years), have at least one natural healthy child, and be mentally and physically fit to become a surrogate mother. Her marital status or any other factors are of no relevance.

How it should work

Surrogacy arrangements involve a number of actors all playing their role throughout this lengthy process extending well over a year.

The key actors are, of course, the intended parents and the surrogate mother (referred to in the contracts as “gestatio Ideally, the intended parents having embarked on a surrogacy journey should start with looking for a surrogacy agency and an attorney.

The task of the agency is to provide the services including matching process, support counselling and overall case management. Agencies act as intermediaries between the intended parents and surrogate in case of any conflicts, mishaps or other problems. The fertility clinic is in charge of the medical part of process, including conducting all required medical tests, prescriptions, monitoring pregnancy and delivery.

Hiring an appropriate attorney is crucial for the intended parents to go through the surrogacy process safely and accordingly to the regulations governing surrogacy in the respective country. In particular, the attorney should:

How surrogacy functions in Ukraine

In Ukraine, it is commonplace that the first and only contact of foreign intended parents is a selected fertility clinic, which assumes all of the job – organizational, medical and legal – for an advertised “package” bulk price.

While for the intended parents it might seem extremely convenient and appealing from the practical point of view, there are hidden risks associated with such approach.

When fertility clinics also arrange for the selection of surrogates, donors and matching, they might not be overly preoccupied with the quality of the material and with offering the best matching option for the intended parents. Their first concern would be closing as many contracts as possible, depending on their own capacities. It applies equally in cases when the clinics do this part of job using their own resources and where they take recourse to friendly agencies, with whom they are connected by partnership relations. It is not rare, that although formally different companies, clinics and agencies have the same or common owners.

Similarly, if the legal part of the procedure is arranged by lawyers provided by the clinic, it is inevitable that the only party of the surrogacy contract whose rights are secured most comprehensively is the clinic itself. Grave cases could include counselling misrepresentations, miscommunications, direct or indirect withholding of important information.

The intended parents should be fully aware of the fact that an attorney provided by the clinic represents and acts in the interests of the clinic and it will be utterly reflected in the provisions of the contract drafted by this attorney. It should be noted, that the Ukrainian legislation does not provide any special requirements for the content of surrogacy contracts, therefore the parties are free to shape it according to their interests and bargaining power.

It is true, that under Ukrainian legislation the surrogate mother who voluntarily agreed to participate in a surrogacy program, has no whatsoever rights for the baby she carried and delivered. Moreover, the birth certificate is issued at the request of the intended parents and only their names are displayed on the certificate, without any reference to the surrogate mother or the way the baby was born.

However, there will be complications when the intended parents come from countries where surrogacy is expressly forbidden, as is the case in most EU member states. For example, under German law, where a baby is born by a Ukrainian surrogate, with her egg fertilized by the semen provided by the intended father, the surrogate and the intended father are considered as the parents of the child. German law treats the situation as if the intended father cheated on his wife with the surrogate mother. Any written statements of the intended mother or the husband of the surrogate are not taken into consideration. More than that – the duly issued Ukrainian birth certificate will be null and void in Germany and not capable of validation or recognition. This approach is confirmed by most recent case law of the German courts (for instance, OLG München 12.02.2018 – Az. 33 UF 1152/17). In that particular case the intended mother should have gone through a tedious process of adoption back home.

Many providers of surrogacy services have been a bit too previous in hailing a latest decision of the German Supreme Court (BGH 05.09.2018 – Az. XII ZB 224/17) as having recognized parentage of babies born via surrogacy abroad. However, this decision cannot be universally applied – in that particular case initially a court in the surrogate’s country issued the decision which was subsequently recognized by the German court.

Another problem which can arise due to different regulation of surrogacy is the citizenship of the newly born baby. Under Ukrainian laws, it should acquire the citizenship of the foreign parents. However, when the country of the intended parents refuses to grant the baby their nationality (which is the practice e.g. in France), the baby risks to remain in stateless limbo, and the parents – to get stuck with it in Ukraine for indefinite time, having no possibility to take it home without the valid travel papers.

Having found themselves in a similar situation, in 2011 the French couple Le Roch even tried in despair to smuggle their twins through the border in a backseat of a car. They were caught and tried in Ukraine for an attempted child trafficking.

The couple contacted neither French attorneys nor even the French consulate prior to the birth of the baby. Accordingly, they weren’t even aware of possible complications, since they relied entirely on the surrogacy contract with an agency.

One of the biggest fears of the intended parents is that after the birth of a child the surrogate mother changes her mind and refuses to give it away. Fertility clinics and agencies are quick to soothe their clients by indicating that the surrogate has no legal rights over a baby and she is bound contractually, reinforced by penalty charges. It is so as far as everything goes smooth. But the surrogacy providers tend to underestimate and be silent about the potential risks. Thus, the website of one of the largest fertility clinics boasts that “in the legal history of Ukraine, there has not been a single reported case of a disputed custody claim arising over a surrogate parenting arrangement or the validity of a surrogacy agreement”. In reality, such cases are numerous.

One of the typical patterns is when the surrogate mother refuses to provide her notarial consent, which is required for issuing the birth certificate. Subsequently she can attempt to register herself and her husband as the parents. As a matter of fact, the surrogate mother has a number of legal tools. She can try to challenge the surrogacy contract before a court, or claim to establish family connection to the child, or contest the birth register record etc. Eventually she will fail, because the law in fact protects the rights of the intended parents, but the legal battles may take months. We are not even mentioning really nasty situations where the surrogate mother tries blackmailing the intended parents during pregnancy, extorting additional benefits under threats of an abortion.

Of course, such risks associated with behavior of unreliable surrogates, are not of purely legal nature and cannot be completely ruled out by the smartest contract drafting. But there have been occasions, like in the situation with the consulate, when the clinics and agencies dissociated themselves from the issue and the intended parents are left alone with their problems.

In order to diminish the potential risks, it is highly recommended for the intended parents to have quality attorney counselling well prior to the start of the surrogacy program and be represented by their own attorney at all stages throughout the whole process.